When I got to the river I fished a few pegs upstream from the first peg you come to when you reach the river . Started on the tip bites first cast a roach followed by a few dace on maggot and caster. Then I changed to the meat, just kept feeding few pellets and hemp then the rod slammed over a chub about 3lbs. The next cast a barbel of about 6lbs, I stayed on the tip for a few more hours and had some cracking bites nearly ripping the rod in, I lost another good barbel just under the feet as I was putting the net to it. Then I switched to stick float 18ft rod and centerpin reel, caught steady for the rest of the day dace, roach and a few good perch and chublets. 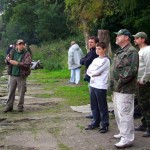 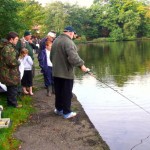 *For the attention of all newcomers to the group*

Membership and online permit sales can be found here:

*PLEASE NOTE, THE PRICE OF THE 2019 NIGHT STAMP HAS BEEN INCREASED TO £50 SENIOR AND £20 JUNIOR – ALL JUNIORS MUST BE ACCOMPANIED BY A NIGHT STAMP HOLDING SENIOR MEMBER*

Following todays news from the Angling Trust, the clubs waters will now reopen in the morning. Anglers are reminded that travelling from out of town is strictly forbidden and that when on the bank, proper social distancing is adhered to. Anglers must vacate all waters before dark, and any members found breaking guidelines will be asked to leave and not to return.
Cheers 👌